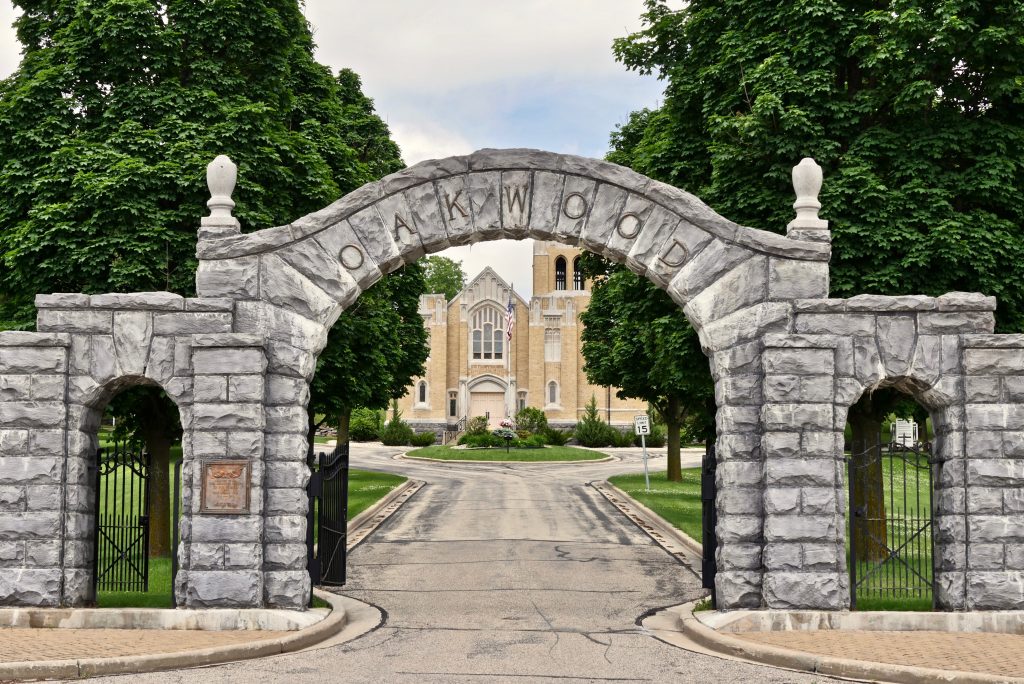 The people of the Berlin area were burying their loved ones in what is now Oakwood Cemetery even before the city was called Berlin. While no exact records remain, this was probably around 1850. The cemetery was officially named Oakwood around 1875, and a Cemetery Association was formed to operate and maintain the grounds in 1898. The Cemetery Association remained in charge of the cemetery until 1958, when financial conditions and state laws dictated it to be operated by the City of Berlin, which it is to the present day.

The original cemetery grounds, sometimes called the “old section”, have been expanded several times by the acquisition and donation of other parcels of land through the years. Oakwood Cemetery is the final resting place for numerous people important to the history of the area, as well as veterans of past

American wars, including the Civil War.

The Griffiths Memorial Chapel was built in 1923, as a gift stipulated in the will of John E. Griffiths, a prominent Berlin businessman. His will also stipulated the purchase of the property where the chapel now stands, as well as the construction of the entrance arch and gates to the cemetery.

The chapel chimes were part of the original design, and were restored and electrified in 1970 when the entire chapel restoration was completed.

The entrance arch suffered deterioration over the years and in 1987 was fully restored.

In 1997, using funds designated in a trust by the estate of Nellie Mueller, the chapel received a complete interior and exterior restoration. Nellie was the aunt of attorney Sydney Mertz, who left a sizable bequest to Oakwood, and stipulated his aunt should do the same.

The Cemetery is open daily from 8 AM till dusk, except for the winter months. The cemetery is closed during the winter, but the sexton will open the gates as weather permits.

A list of general cemetery rules is displayed on a sign at the entrance. The cemetery’s information center is located behind the chapel and contains a complete cemetery map, gravesite directory (occupied spaces, reserved spaces, and open spaces) and cemetery brochures.